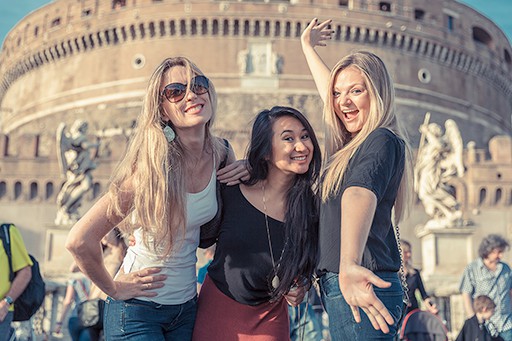 The Mausoleum of Hadrian, usually known as Castel Sant’Angelo is a towering cylindrical building in Parco Adriano. It was initially commissioned by the Roman Emperor Hadrian as a mausoleum for himself and his family. The building was later used by the popes as a fortress and castle, and is now a museum. The structure was once the tallest building in Rome.

The castle into the heart of the eternal city. 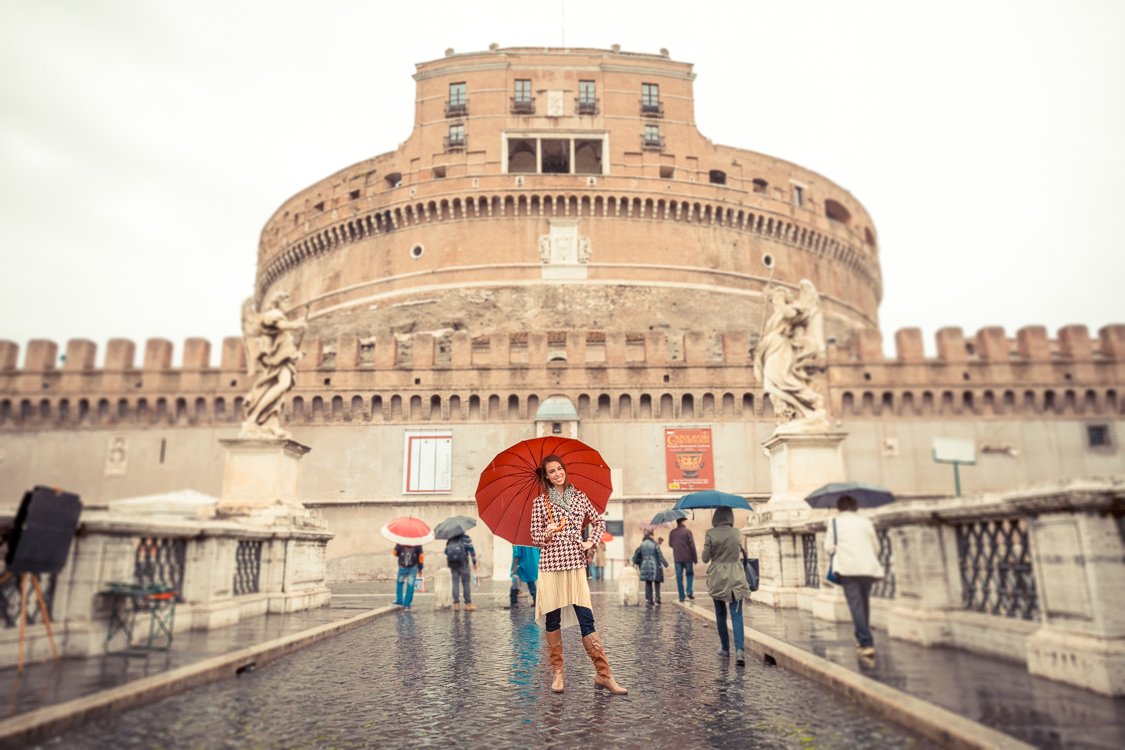 We can always make photos during the Photo Tour in Rome outside the Castle, but to take pictures inside you have to buy tickets and sometimes get a permit; honestly the best part of the Castle is outside so don’t worry if you don’t want to go inside.

The castle and the Pope.

The Castle was built in 123 AD by Emperor Hadrian but in the Middle Ages, its function changed totally: the enormous mausoleum was transformed into a fortress and over the next 10 centuries has been modified many times.
Pope Boniface IX turned it into his residence, making the unassailable fortress a symbol of the worldly power of the popes, and connected it to the outside with a drawbridge. As with all fortresses, the castle had everything necessary within its walls in case of siege: huge water cisterns, granaries, even a mill.
With his final touch, Bernini rendered the whole scene more spectacular: he reinvented the bridge that connected the castle to land, that which became Sant’Angelo Bridge, and made it an obligatory passageway for the pilgrims crossing the Tiber, protected by the reassuring gaze of ten beautiful angels that carried symbols of the passion of Christ.

With the view of the Castle in the background we can take amazing picture of you for your Holiday, your Wedding Proposal and even your Elopement in Rome!