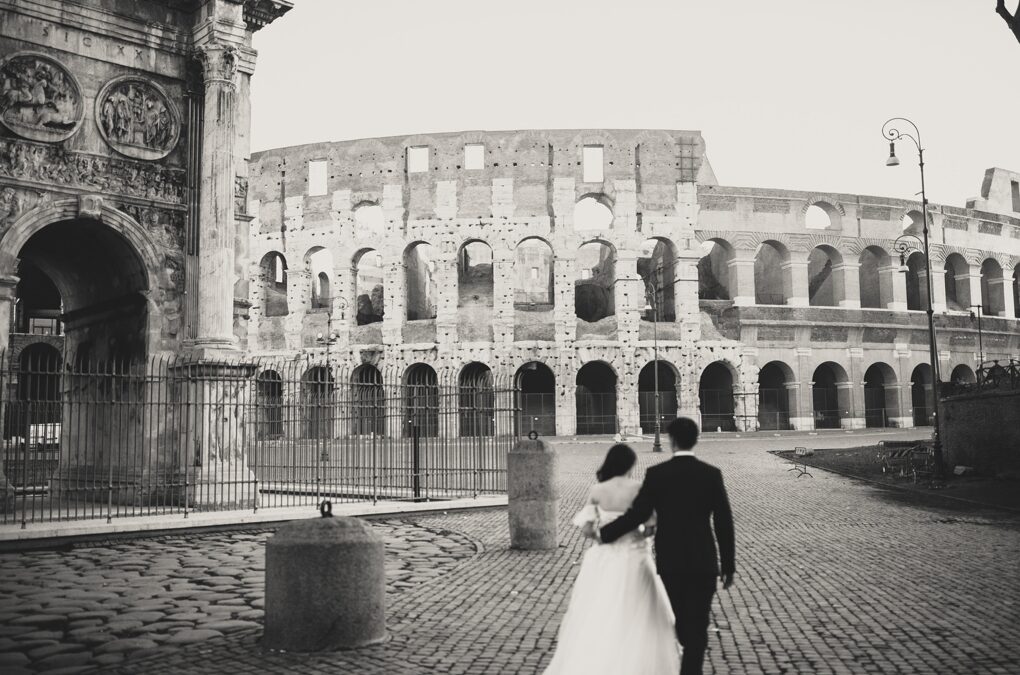 Our Rome photo tour includes photos “outside” place to the most iconic and important symbol of the Roman Empire, the “Colosseum”.
Its majestic structure that has stood for more than 2000 years. Across the road from the Colosseum Metro Station, it’s very easy to reach. Everyone loves it ! 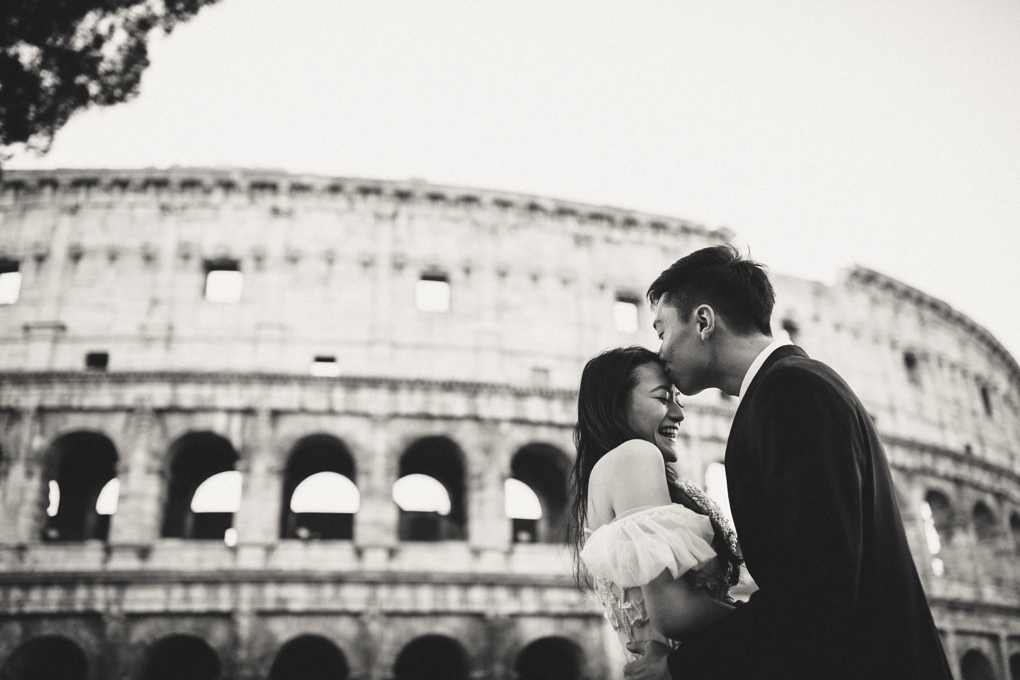 This amphitheater had a capacity of 80,000 spectators, was built in the first century and is one of those places that you should see at least once in your life.
Are you planning your trip –or maybe your honeymoon– to Rome? You cannot miss this beautiful monument of the Eternal City that receives more than 7 million visitors a year, making it one of the most visited monuments in the world.
Our Classic Rome Photo Tour will take you all the way inside the most famous amphitheatre in the world, where you will have fun posing for a professional photographer and feel like a movie star!

The Colosseum in Ancient Times and your Rome photo shoot tour. 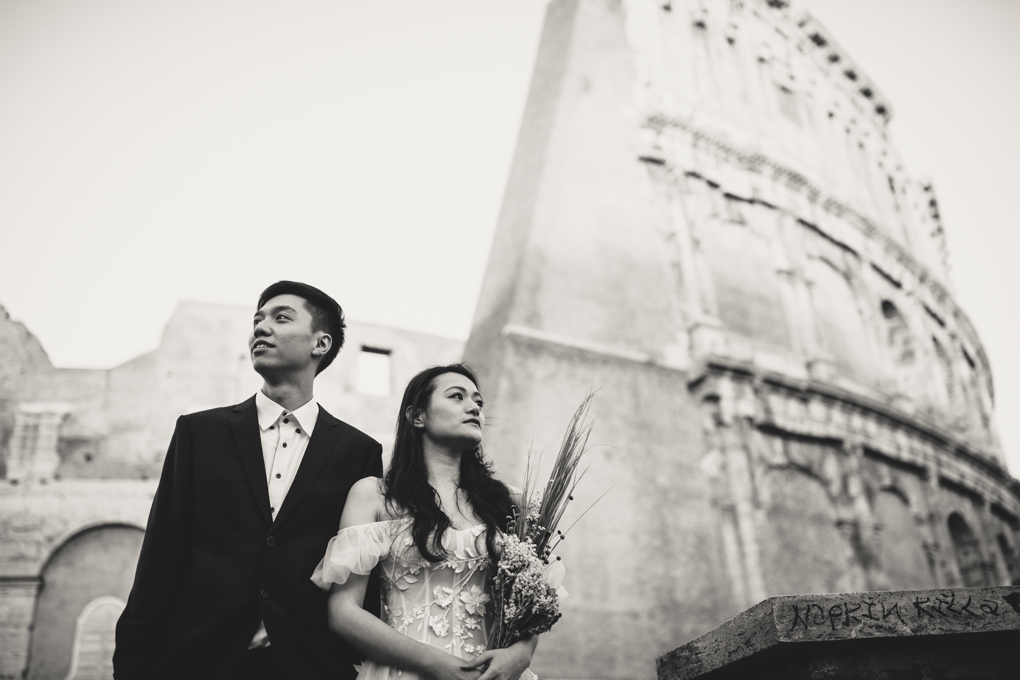 During the Roman Empire and under the motto of “Bread and Circuses” the Roman Colosseum allowed more than 80,000 people to enjoy its finest spectacles.
The Colosseum was first called the Flavian Amphitheatre or in Latin, the Amphitheatrum Flavium. This was after Vespasian and Titus who had the family name of Flavius. It was used for gladiatorial contests, and other shows like animal hunts, in which animals would hunt and eat prisoners; or in which gladiators would fight against animals. There were also executions of prisoners, plays, and battle scenes; sometimes it was filled with water to fight sea battles. The people of Rome could go into the Colosseum without any costs; it was free.
On 7 July 2007 the Colosseum became one of the Seven Wonders of the Modern World. It’s time for your Rome photo shoot tour !