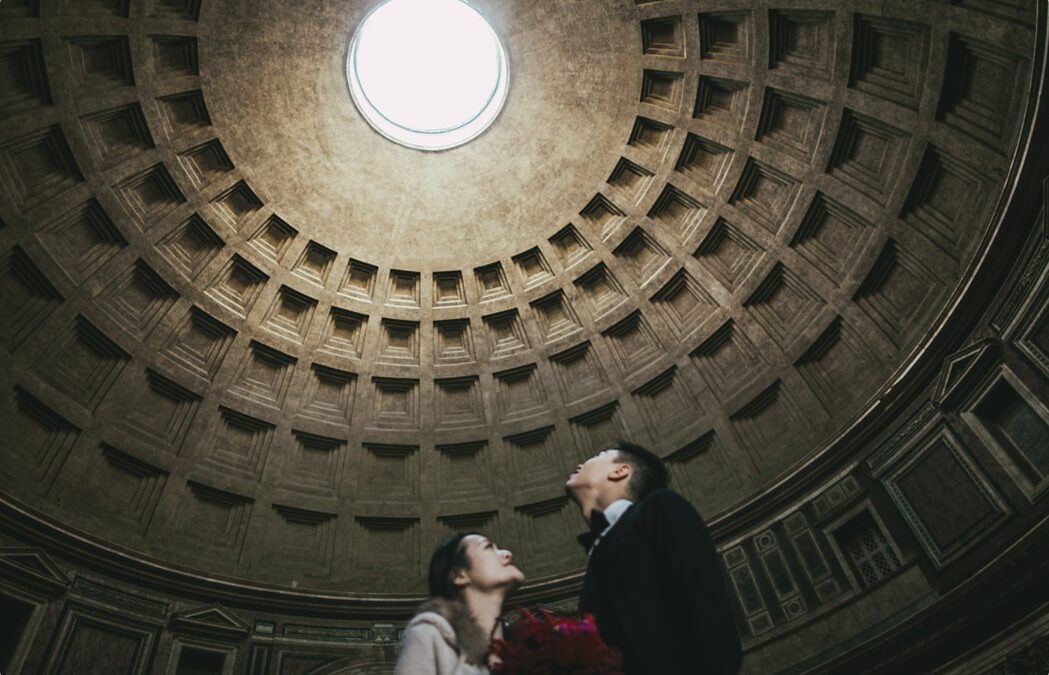 The Roman Pantheon is the most preserved and influential building of ancient Rome. It is a former Roman temple, dedicated to all the gods of pagan Rome, but now is a church. One of most requested places for a Rome Photo Tour. 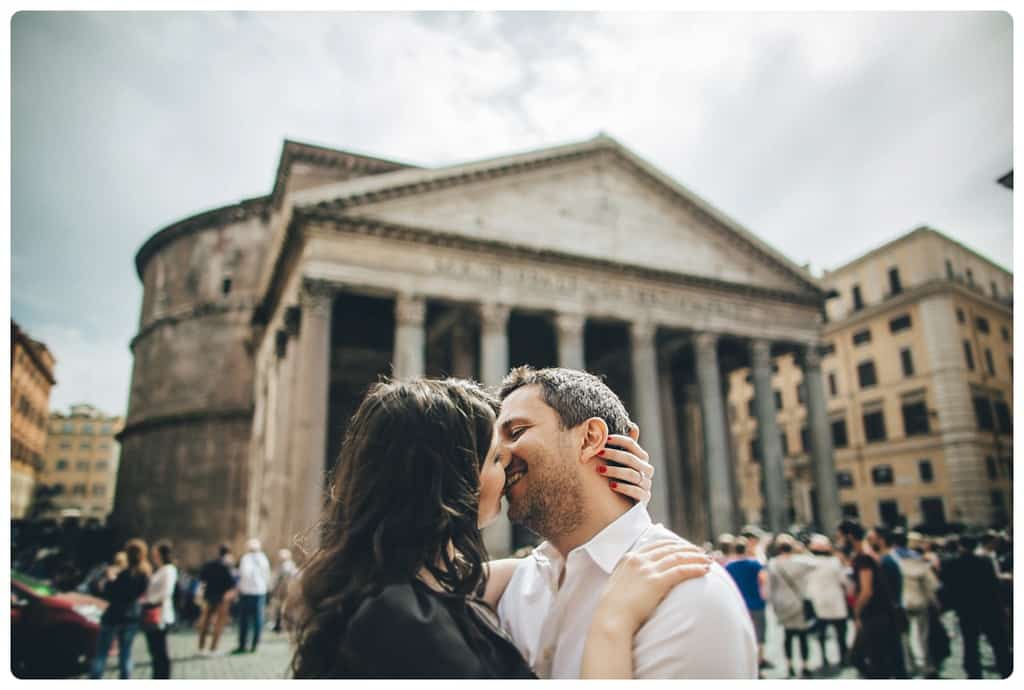 As the brick stamps on the side of the building reveal it was built and dedicated between A.D 118 and 125. The emperor Hadrian (A.D 117-138) built the Pantheon to replace Augustus’ friend and Commander Marcus Agrippa’s Pantheon of 27 B.C. which burnt to the ground in 80 A.D.

Pantheon : a place to visit in Rome.

The Pantheon was the first place of worship open to everyone ever conceived, where the faithful could spiritually communicate with the Gods.
On entering the door, the effect you feel is meant to be overwhelming. You suddenly find yourself in this huge empty space which causes vertigo and makes you feel tiny. This is how you were supposed to feel in front of the Gods. 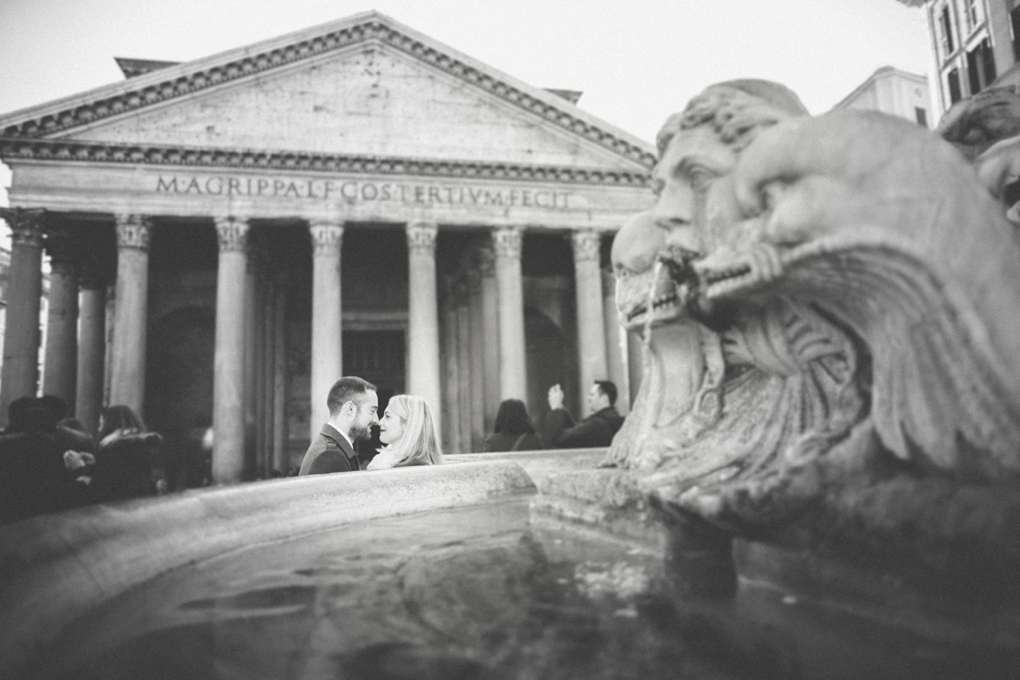 At the center of the dome, there is a 9 meter diameter hole, the Oculus. The Pantheon has no windows and the only light penetrates from above streaming down like a river of light; towards midday, the rays coming through the Oculus are particularly intense.

Over the centuries, the Pantheon in Rome has been ransacked, closed, used as a fortress and as a church. It has suffered earthquakes and floods, but has survived the centuries intact and today, after more than two thousand years, it is still the bewitching backdrop to the walks of Romans and tourists.

Placed in the historical heart of Rome, the Pantheon is the culmination of all our classical Rome Photo Tour but is also a perfect spot for taking pictures of elopement or engagement in Rome. You may also consider a perfect proposal in Rome amid the applause of the crowd of tourists!

Rome Photo Tour …for your Memories !