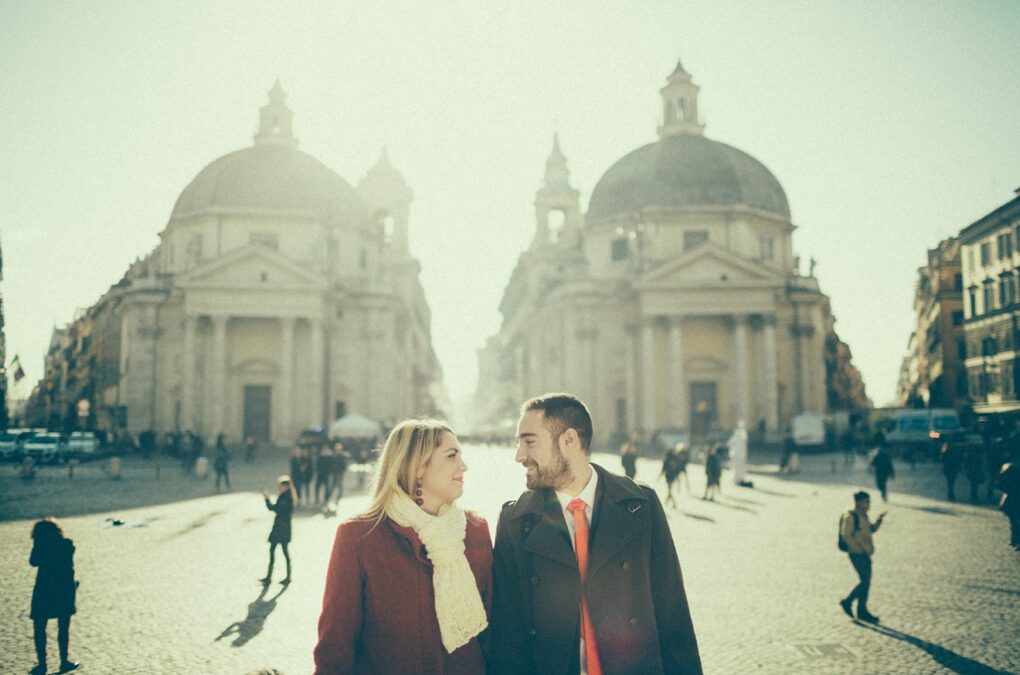 Piazza del Popolo (which literally means “Square of the People”) is located inside the northern gate of the city, which was once called Porta Flaminia. This is a place where the classic Rome Photo Tour usually starts.

The square is situated at the beginning of Via Flaminia and was the main entrance to the city during the Roman Empire. 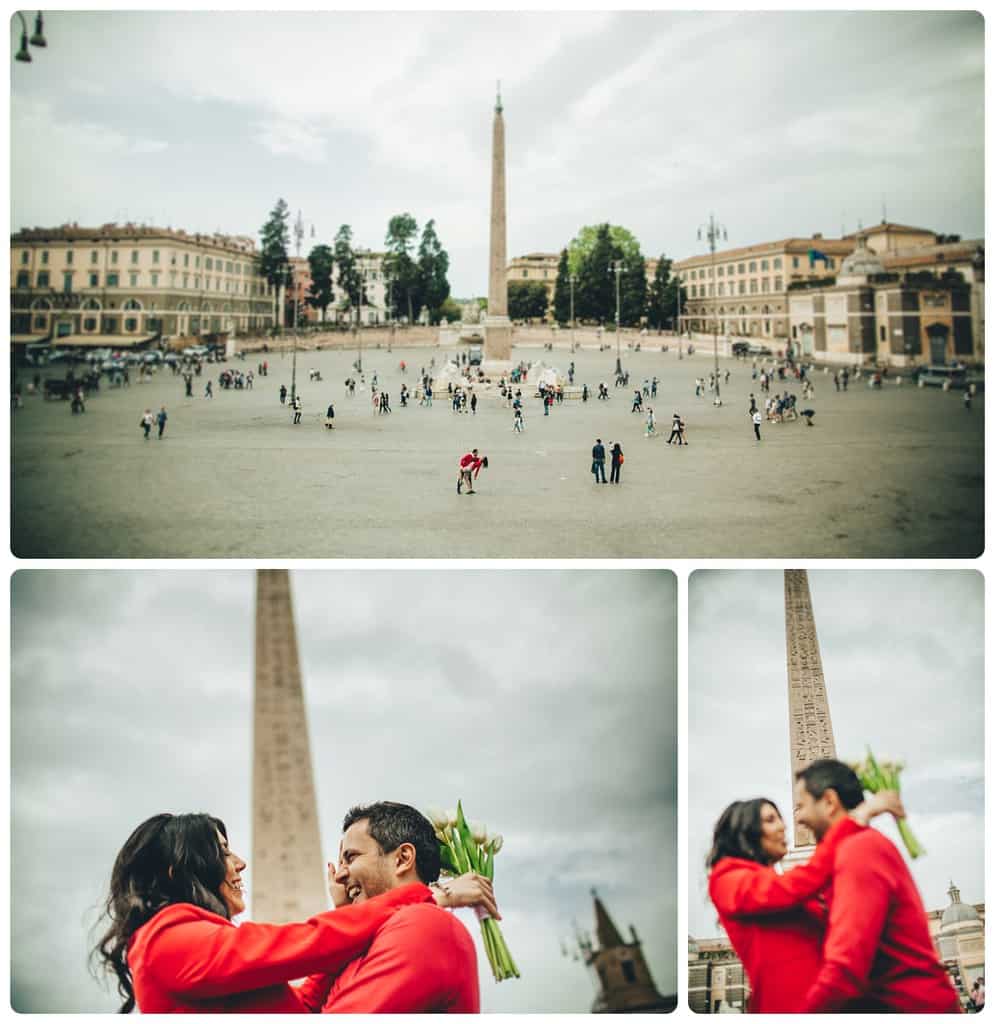 So big that seems empty, there are many very renowned historical and cultural sites.
First to meet the eye there is an Egyptian obelisk dedicated to Ramesses II, called Flaminio Obelisk, located at the centre of the square. Erected in the Circus Maximus during the Tenth century, it was transferred to Piazza del Popolo in 1589. 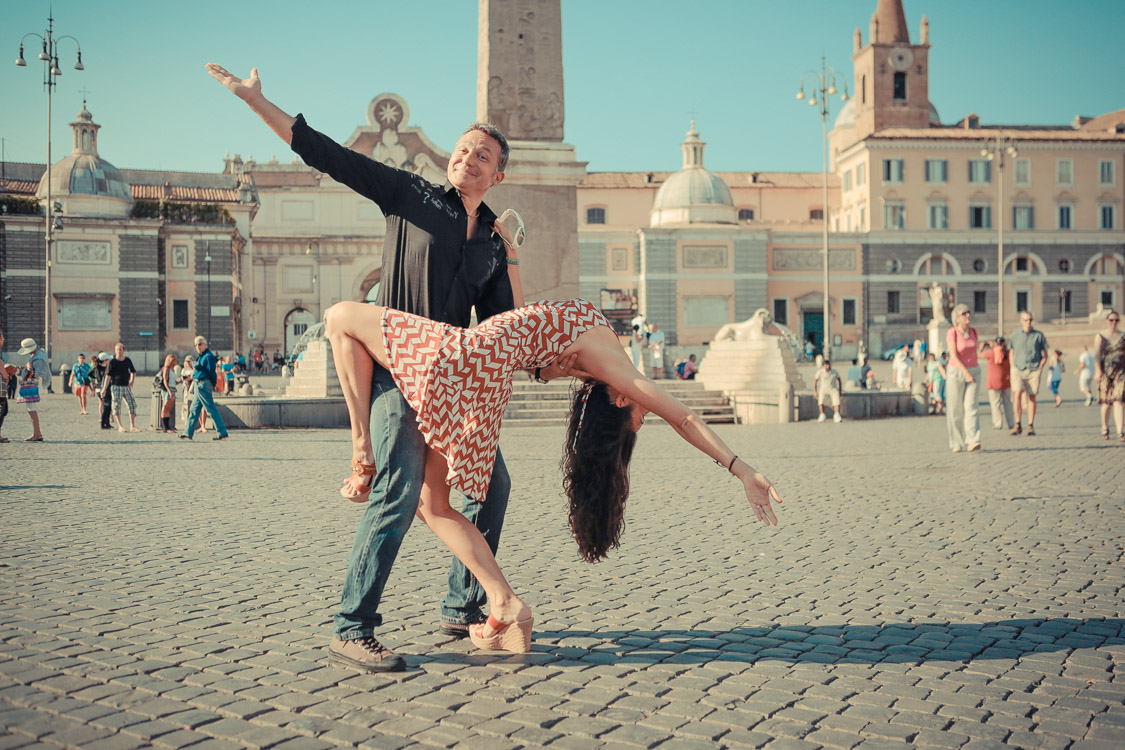 Two other churches looks onto the square; Santa Maria dei Miracoli and Santa Maria in Montesanto. These two temples looks identical from the exterior, but hide several differences inside; they’re commonly known as the Twin Churches.

Visitors can get an impressive view of the piazza by climbing the stairs on the left side from the entrance, which led to the beautiful Pincio Gardens.

We chose to start our photo shooting in Rome from here because it is well connected to other important places in Rome like Spanish Steps, Trevi Fountain’s and the Pantheon by simply walking down the centrale Via del Corso which is also an important place for shopping. All our classic Rome Photo Tour starts from here but is also a good place for a walk photo tour in Rome for your holidays or your elopement shooting in Rome.