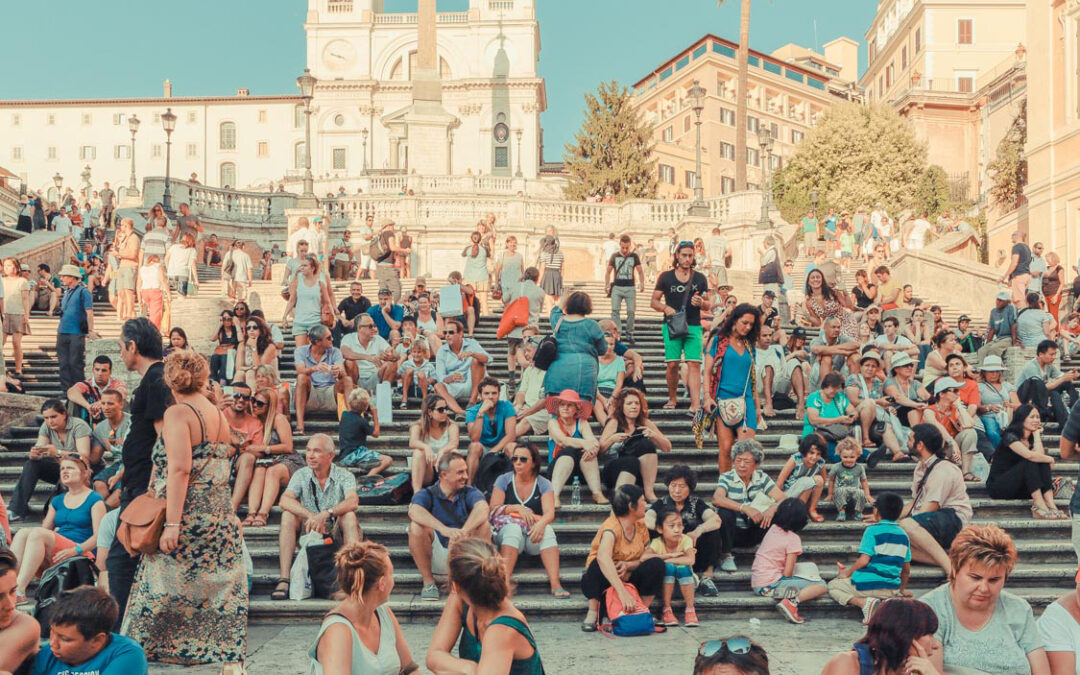 Piazza di Spagna is one of the most famous place in Rome: there you may find many wonderful picture opportunities, starting from the top of the steps underneath the church of Trinita’ dei Monti.

Spanish Steps with your professional photographer. 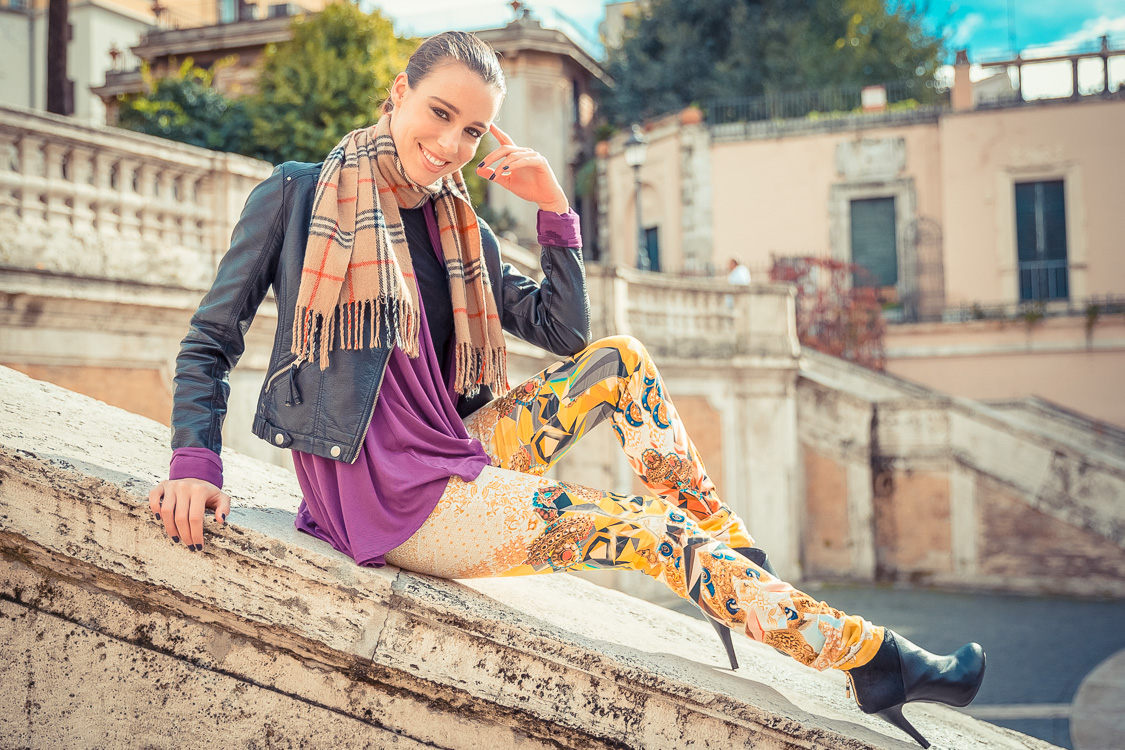 The monumental stairway of 135 steps was under the patronage of the Bourbon kings of France – located above – and the Bourbon Spanish Embassy to the Holy See – located below – in Palazzo Monaldeschi. The stairway was designed by architects Francesco de Sanctis and Alessandro Specchi.
Today is not possible anymore to sit and eat on the steps due to a new city regulation, but it still remains one of the main meeting points for tourists and we can take a lot of good pictures here during your Rome Photo Tour with us, like one with Fontana della Barcaccia (“Fountain of the Longboat”), built in 1627–29 and often credited to Pietro Bernini, father of his more famous son, Gian Lorenzo Bernini. 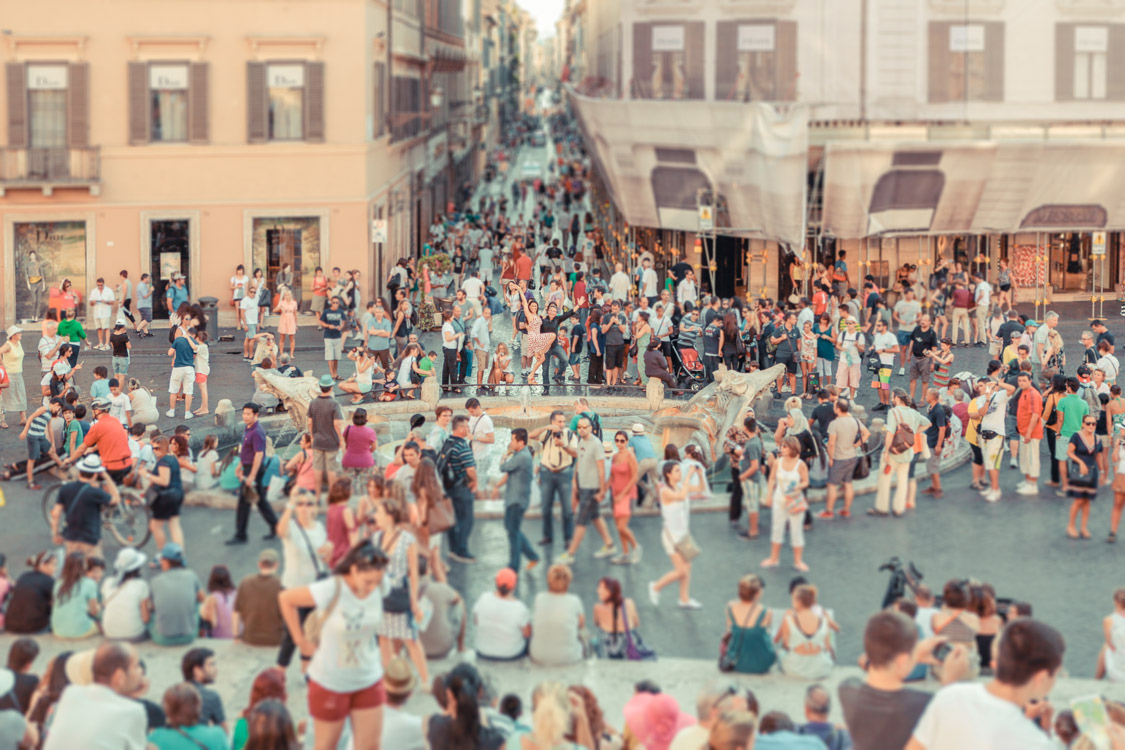 At the top, the stairway ramp up the Pincio which is the Pincian Hill. From the top of the steps the Villa Medici can be reached.

Some movies have featured the Spanish Steps too like Roman Holiday (1953), starring Audrey Hepburn and Gregory Peck, which made the Spanish Steps famous in all the world. The apartment that was the setting for The Roman Spring of Mrs. Stone (1961) is halfway up on the right. Bernardo Bertolucci’s Besieged (1998) is also set in a house next to the Steps; they were featured prominently in the film version of The Talented Mr. Ripley (1999), starring Matt Damon.

A must have for your Rome Photo Walking Tour and the perfect choice for your Engagement, Elopement or Wedding Proposal in Rome.