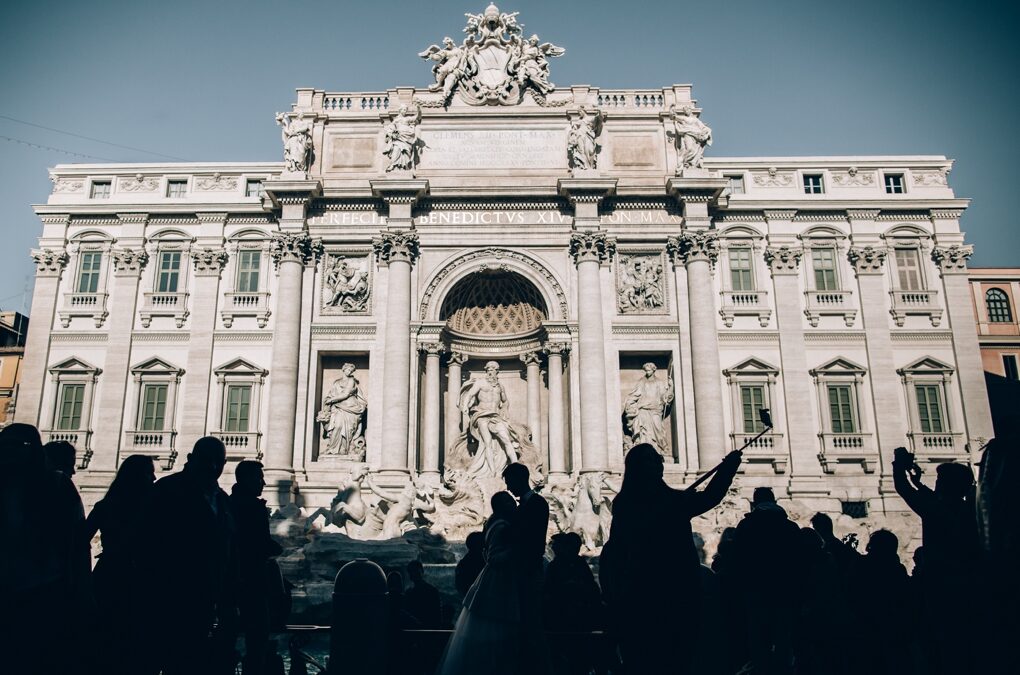 The Trevi Fountain (Italian: Fontana di Trevi) is a fountain in the Trevi district in Rome, designed by Italian architect Nicola Salvi and finished by Giuseppe Pannini and several others. One of the most important place for every Rome Photo Tour. 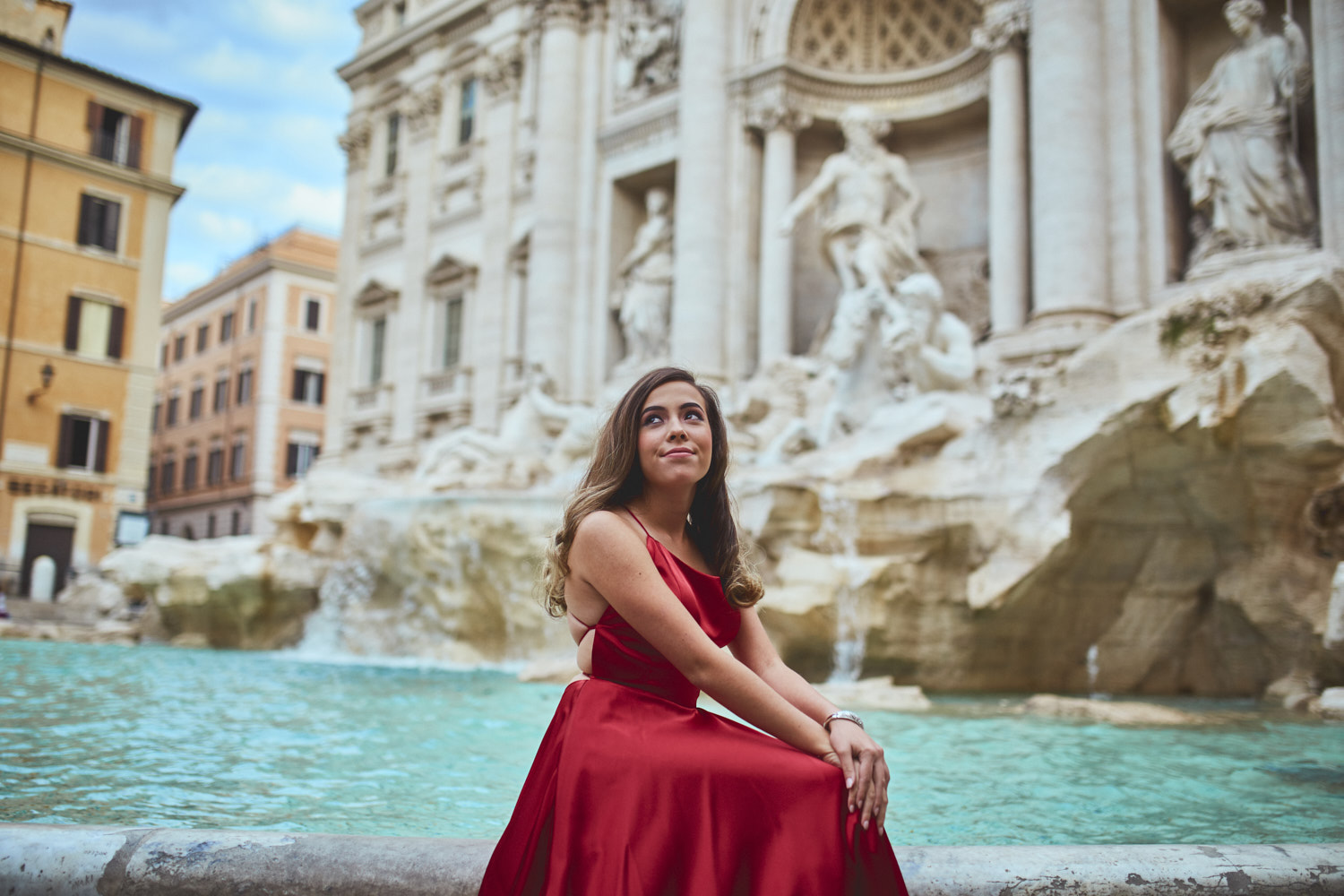 Maybe the most famous fountain in the world, the Trevi Fountain is one of the most romantic places in Rome. You will take beautiful pictures during your Photo Tour here, just like a movie, for your Proposal shooting or Elopement in Rome.

The fountain has appeared in several renowned movies including Roman Holiday, Federico Fellini’s La Dolce Vita, Three Coins in the Fountain and Sabrina Goes to Rome.

The Origins of the fountain.

The origins of the fountain go back to the year 19 B.C., in that time the fountain formed the end of the Aqua Virgo aqueduct. The first fountain was built during the Renaissance, under the direction of Pope Nicholas V.
Interestingly enough, the name of Trevi derives from Tre Vie (three ways), since the fountain was the meeting point of three streets.

The perfect day for such a romantic surprise wedding proposal in Rome.
The Fountain is very crowded all time of the year, so the best thing is to go there on the early morning. It’s a bit uncomfortable to wake up so early, but for your memories it’s worth the shot!